2020 has been an intense year so far. From bushfires and wild weather to coronavirus lockdowns, the state of Australia’s climate, and our health, has been far from average.

But Bryher McKeown is not your average Bachelor of Health Science student either. Amid all the first-year biology and chemistry classes, Bryher also happens to be a Youth Climate Leader.

As we have seen in the past couple of months, the coronavirus crisis has prompted fast turnarounds for laws and policies to be developed and changed in order to protect lives. Now Bryher is asking why the increasingly urgent climate crisis is not being treated the same way.

“As a health student, it was great to see strategic public health policy that protects the people,” she says. “But why are we fighting one crisis and not the other?”

“A lot of people say the government can’t actually change things overnight, but coronavirus has proven that we can.”

“People are so impacted by the climate that it is becoming a real health issue,” she describes.

“Large amounts of smoke related to the bushfires really affected people’s lungs and those with asthma. Even with flooding, people might lose access to safe and sanitary water sources, creating an infection risk.”

After joining the Australian Youth Climate Coalition in Tasmania last year, Bryher became a strong youth advocate for climate justice, as she felt young people were being ignored in the climate debate.

With her concerns and passions for the intersection between health science and climate change, Bryher soon found herself at the 2019 United Nations Climate Change Conference in Madrid with a chance to stand up for the youth climate voice.

“It was exciting to watch negotiations happen for the Paris Agreement in person, to try to change those negotiations for the better.

“But some countries and governments were still unsupportive. It was disheartening to see we still haven’t come to a consensus on these issues. That was a real turning point where I was like: something needs to change.”

With the increasing severity of climate extremes and a major pandemic on our hands, Bryher says now is the time to act, and fast.

“We’re about to reach what’s called the climate tipping point. We have already gone past the point of irreversible damage to the climate. At this point, we can’t make the world look like it has for my generation, for the next.

“The longer we wait, the less chance we have of succeeding, and the scarier the world looks.”

But all hope is not lost yet, and Bryher says Australia can work together to combine coronavirus recovery with climate recovery as well.

“We can use the lockdown recovery as a turning point to actually invest and create more jobs in green campaigns like renewable energy, which supports the economy as well as the environment.

“Solar, wind and other renewable energy sources create lots of long-term jobs for people, which is so critical in these times.”

Bryher also encourages her fellow students to take part in youth climate action, from writing letters to local councils to simply talking about climate change with your family members.

“There’s so much misinformation or lack of general scientific information, even though there’s a lot of incredible scientific studies on climate change out there,” she says. “Research is often formatted in a way that isn’t accessible for people to understand.”

“You don’t have to leave class or shout with a poster somewhere, you can also just have discussions at the dinner table with parents and friends. It’s about building bridges, instead of just trying to get change.”

With the rest of 2020 yet to come, who knows what the future will bring? As we emerge from one health crisis, a new climate crisis may be right on our doorstep. Fires, hail, and floods may have been just a taste of what’s to come.

But no matter what you’re interested in, whether it’s health science like Bryher or something else entirely, everyone has a chance to support climate justice, even by taking little steps to spread awareness.

After all, our future depends on it. 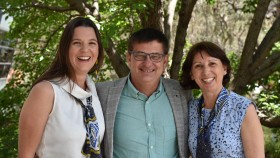 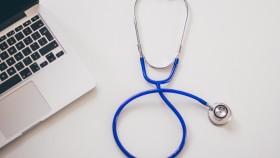 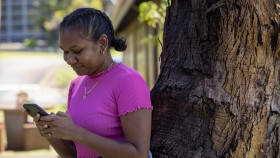