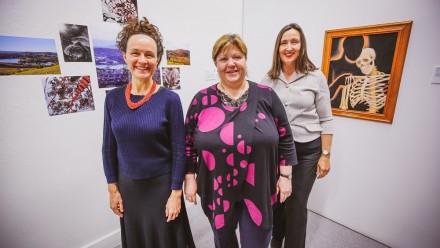 Michael Kidd is an Australian academic, primary care researcher, educator and clinician.  He is the current Principal Medical Advisor and Deputy Chief Medical Officer with the Australian Government Department of Health, and Professor of Primary Care Reform at the Australian National University. He is also Professorial Fellow with the Murdoch Children’s Research Institute at the Royal Children’s Hospital in Melbourne, Honorary Professor with the Department of General Practice at the University of Melbourne, and Honorary Professor of Global Primary Care with the Southgate Institute for Health, Society and Equity at Flinders University in South Australia.

A graduate from the University of Melbourne Medical School, he completed postgraduate training in general practice with the Royal Australian College of General Practitioners, postgraduate training in public health at Flinders University, and a research doctorate at Monash University. He was Professor and Chair of the Department of General Practice at the University of Sydney from 1996 to 2008. He was the Executive Dean of the Faculty of Medicine, Nursing and Health Sciences at Flinders University from 2009 to 2016, with responsibility for the university’s School of Medicine, School of Nursing and Midwifery, and School of Health Sciences, and the university’s health and medical research and education activities across South Australia and the Northern Territory. From May 2017 to April 2020, he was Chair of Family and Community Medicine at the University of Toronto in Canada, Director of the World Health Organization Collaborating Centre on Family Medicine and Primary Care, and Senior Innovation Fellow with the Institute for Health System Solutions and Virtual Care at Women’s College Hospital in Toronto.

He is the author or editor of 18 books, has contributed chapters to 14 other books, and is the author of over 200 manuscripts published in peer-reviewed journals. For ten years he was a member of the International Research Advisory Board of the United Kingdom Biobank Research Project based at Oxford University.

In the Queen’s Birthday Honours List in 2009 he was made a Member of the Order of Australia for service to medicine and education in the areas of general practice and primary health care and through a range of professional organisations.